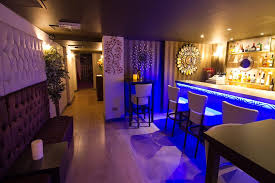 The headquarters for Aspinall’s, a gentlemen’s club, is located at 27-28 Curzon Street, in Mayfair, London, England. It offers casino services to its members, and is owned by Damian Aspinall and Crown Resorts Limited.

It is a restricted gambling club, and the most recent of a string of these which were set up by John Aspinall in the 1960s. The design for the current building was completed by Tessa Kennedy, a British interior designer.

The History of Aspinall’s Gentlemen’s Club

Aspers, the name by which the club found John Aspinall was known to his friends, was an environmentalist as well as the stepson of Sir George Osborne. He bred wild animals, and relied heavily on his house winnings in order to fund his zoos. When Aspinall’s first began, its clientele was largely made up of flourishing aristocrats and their offspring, with the later frittering large parts of their unearned, considerable incomes away at the tables. The steady decline in the estates and wealth of the majority of the English upper classes has, however, resulted into the club’s members becoming far more representative of the current Mayfair constituency today.

The hush-hush reputation of Aspinall’s was mostly preserved until the 1970s, when Lord Lucan, a close friend of John Aspinall’s and an immoderate gambler, disappeared in a yet unsolved mystery that continues to fascinate armchair detectives the world round. Aspinall had a bust of his missing friend commissioned eventually, and this remains on prominent display at the club.

Aspinall’s is now under the control of the founder’s son, Damian Aspinall, who has 50% of the stake, with Crown Resorts, the global entertainment chain based in Australia, making up the rest of the ownership.

The Scandal of Lord Lucan

Lord Lucan, the 7th Earl of Lucan, or Richard John Bingham, was a murder suspect who vanished without a trace in 1974. This British peer was born into a Marylebone aristocratic family, and developed a passion for gambling upon his return from serving with the Coldstream Guards in West Germany in 1955. He had particular skill in both bridge and backgammon, and, even though he often lost more than he won, he eventually resigned from his position at a London bank and turned to gambling as a full time occupation.

Lord Lucan’s good looks had him considered at one point for the part of James Bond, and his expensive tastes suited this character perfectly: he not only drove an Aston Martin, but enjoyed racing power boats as well. His 1963 marriage to Veronica Duncan resulted in three children being born, but collapsed in 1972. The bitter custody battle which ensued was won by his now ex-wife and this seemed to drive Lord Lucan over the edge. His fixation on regaining custody of his children combined with the pressure which his sometimes enormous losses were putting on him seems to have played havoc with his state of mind.

On the 7th of November 1974 his children’s nanny, a Sandra Rivett was brutally bludgeoned to death inside the Lucan family home, and Lady Lucan herself was also attacked. She was able to identify Lord Lucan as her assailant, and the police started a murder investigation at once. At this point Lord Lucan made a telephone call to his mother, requesting that she collect his children, and then drove a Ford Corsair that he had borrowed to a house in Uckfield, East Sussex. When he left this property a number of hours later he seemingly vanished into thin air, and the mystery of where he went remains unsolved to this day.